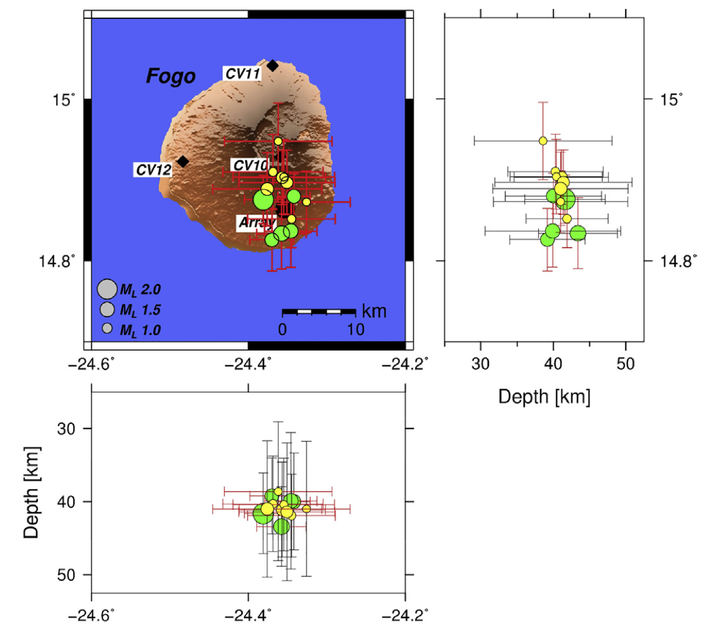 Location of the swarm of deep events beneath Fogo on 15 August 2016.

Fogo volcano belongs to the Cape Verde hotspot and its most recent eruption occurred from November 2014 to February 2015. From January to December 2016 we operated a temporary seismic network and array on Fogo and were able to locate 289 earthquakes in total. Array analysis shows that most of the events occur within the crust at distances >25 km near the neighboring island of Brava. However, on 15th August 2016 the network recorded an isolated cluster of >20 earthquakes, 13 of which could be located beneath the southern part of Fogo. The differences between S- and P-wave arrival times at steep incidence clearly indicate focal depths between approximately 38 and 44 km whereas receiver-function analyses place the Moho discontinuity at depths between 11 and 14 km. Thus, the earthquakes are located well within the upper mantle directly beneath Fogo. In view of the elevated upper-mantle temperatures within a hotspot regime, we propose that fracturing induced by magmatic injection is the most likely cause for the observed deep earthquakes.