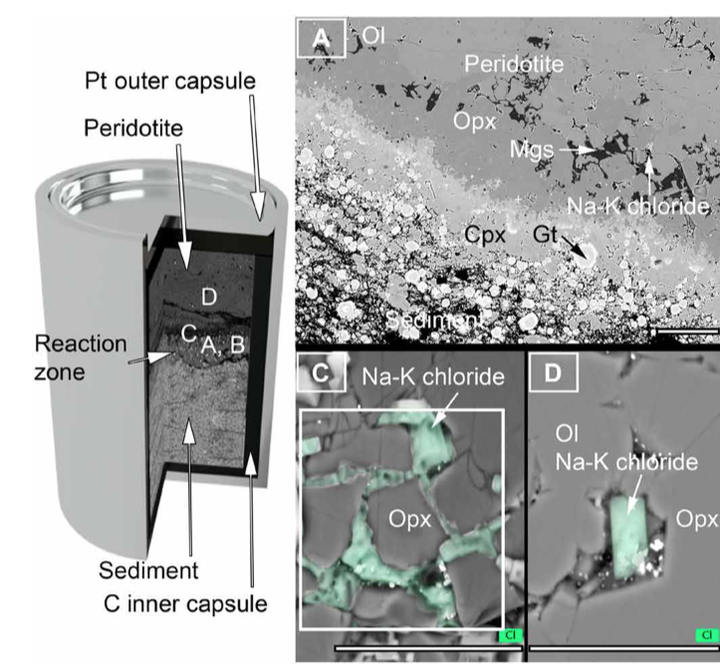 Experiments with which conditions deep in the Earth are simulated.

Diamonds growing in the Earth’s mantle often trap inclusions of fluids that are highly saline in composition. These fluids are thought to emerge from deep in subduction zones and may also be involved in the generation of some of the kimberlite magmas. However, the source of these fluids and the mechanism of their transport into the mantle lithosphere are unresolved. Here, we present experimental results showing that alkali chlorides are stable solid phases in the mantle lithosphere below 110 km. These alkali chlorides are formed by the reaction of subducted marine sediments with peridotite and show identical K/Na ratios to fluid inclusions in diamond. At temperatures >1100°C and low pressures, the chlorides are unstable; here, potassium is accommodated in mica and melt. The reaction of subducted sediments with peridotite explains the occurrence of Mg carbonates and the highly saline fluids found in diamonds and in chlorine-enriched kimberlite magmas.